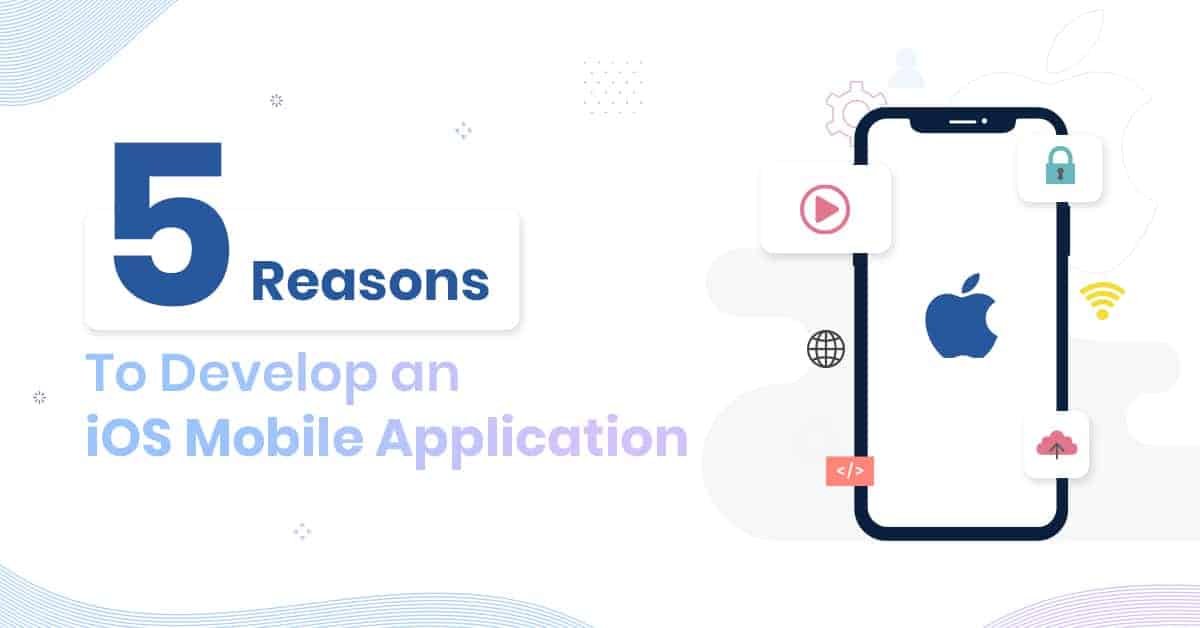 A world of technology, and rapid innovations is ruling our minds. Mobile app usage is spread everywhere among a wide set of audiences, from teenagers to entrepreneurs and elder citizens. Over the years, Android and iOS mobile applications have gained their foundation, but yet the competition is to settle. We know well that Android devices are more in number than iOS devices. This is because of its easy accessibility, and amazing features.

You might be wondering why this blog is about iOS mobile application development then. The simple answer is every technology has its own pros and cons. Thus, in fields where Android’s advantage lacks, iOS anchored its position, both in users’ and business perspectives. In this article, we are going to see some of the best advantages that iOS app development can give you. For example, you can’t compare the quality and the standard that an iOS mobile application can give to the users. But this is just a glimpse of iOS apps’ advantages.

Let’s have a look at the reasons that tell why you should consider iOS app development.

One of the daunting things about app development is its cost. Imagine when faced with launching an app with a million-dollar investment, lowering other costs is a high priority. Moreover, the cost will be influenced by the developers’ hourly rate, which would only multiply if you want to introduce an unfamiliar programming language.

But the iOS development platform’s programming language, Swift, is easier to use and is familiar among most developers. Therefore, there are only a few hours required for coding, and many bottlenecks can be prevented from learning new languages.

Swift will prevent coders from making any potentially harmful operations in the program, as a part of Apple’s reputation for app security. Also, compared to Android programs, the code written for iOS is less. Therefore it reduces potential errors and coding time. This way, you can reduce development time and cost while developing an iOS mobile application with rich, stable features.

Most Android users wouldn’t like to spend more on their apps. When it comes to paid app usage, iPhone users tend to pay for apps, despite their expensiveness. Also, most iPhone users hang on to their phones longer. Especially when you target families, the chances are high that they can get an iPad for future uses, say for instance for their kids. With the iPhone app that you develop you gain loyalists, who will stick for a few years.

Moreover, there are iOS mobile applications that don’t work on Android. In these cases, you can charge more for a specialty product that is exclusive to your app. This way you can increase the chances of more profit and recoup investment costs.

This is a part of a debate that no users can deny. The operating system of Apple is always updated and bug and error-free when compared with Android. This is because of their precision and accuracy in updating their systems mandatorily. Therefore their Apple users won’t be running any old software.

But with Android phones, there are many possibilities that users would still hang on to the old phones and system updates, fearing that it might affect the device performance. Therefore, Android users would be missing out on so many new features and complex apps.

With Apple though, you can find many channels for marketing your iOS mobile application. As iPhone users will always be updated to the trend and awesome products, you can discuss with your developers to take advantage of new Apple hardware releases as well. You can find more users for your business this way.

Moreover, your app deserves a stable operating system so that you won’t lose any possible users. While Android users become the victim of Android software issues, Apple’s users won’t be that frustrated when compared with Apple. This sustainability can only assure your business’s success.

With an increasing number of smartphones and technology, hacking has become a crucial problem. There are cases where companies have lost millions of dollars or even worse shut down their business because of compromising users’ information. You can rest assured about the security of all the data on any other platform, but the iOS mobile application is the best for security purposes.

It is not that it is impossible to hack iPhones, but you guessed it- the iPhones possess more security elements than other platforms like Android. For instance, many users of Android can visit dangerous websites and download content that can be a serious attack on their data security.

Whereas on Apple, it requires more testing before the apps are listed in the app store. This focus from Apple will build trust among the users, and hence users would trust to download your iOS mobile application without questioning the safety.

Every year due to all the above-seen reasons, and more, the number of iPhone users is increasing. Many people are shifting from Android devices to iOS devices. But this doesn’t mean that Android is going to diminish, especially with Google backing up the platform. In the grand scheme of things, it is better and beneficial to invest in iOS mobile application development.

Because iOS mobile application won’t lag in its performance, it is easier to build and stable against bugs or security issues. It will make a perfect digital counterpart for your business. So, you won’t have to worry about giving your customers any petty excuses about the app’s performance.

It’s your time to take the big decision!

You might have second thoughts about missing out on the pros of Android when you develop only an iOS app. But as technology is developing at a breakneck speed, you are not necessarily missing out on anything by picking a single route. Depending on your requirements, you can even develop an Android app for later, or using cross-platform frameworks like Flutter you can develop both iOS and Android app at once.

Choose the right iOS mobile application development company that has experience in your niche and can help you identify which path is best for your business. Get an idea about their development approach, analyze if they suit your requirements, and start your project with the right roadmap and team.